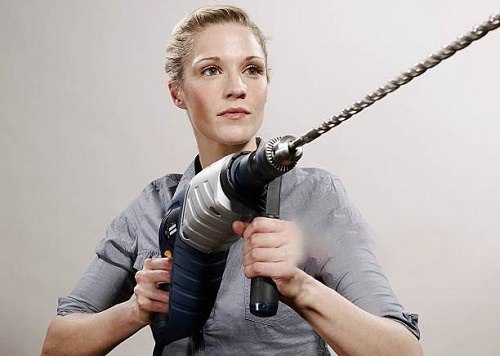 It is not uncommon for users of power-tools to be confused about the difference between a hammer drill and an impact drill/impact driver. Broadly speaking, a hammer drill is a power-tool that is designed for one fundamental purpose–and that is to drill holes through masonry (brick/concrete/drywall) and other tough materials. An impact driver, on the other hand, is mainly a tool is designed to drive fasteners like big long screws or nails and into tough surfaces made of concrete, drywall, etc. 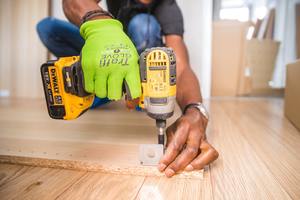 A good number of hammer drill units in the market right now allow the user to use it as a more traditional power-tool when the hammer action is un-engaged. Similarly, an impact driver too can be used in drilling holes and in most situations that otherwise require the use of a regular drill. Note that, as much as possible, an impact driver shouldn’t be used in woodworking applications, since the extra power always poses the danger of damaging wooden materials.

In terms of appearance, the hammer drill and impact drill differ dramatically from each other. The hammer drill is generally the larger and heavier power tool between the two–pretty much resembling a small jackhammer. Most hammer drills have a drill chuck that can take different types and sizes of drill bits. The impact drill, on the other hand, is a shorter and stubbier equipment. And instead of a drill chuck, it has a hexagonal socket that holds an adapter which, in turn, holds the drill bits.

One of the key differences between a hammer drill and an impact drill is that the units accept different types of drill bits. Hammer drills have a much more universal 3-jaw chuck that accepts both round and hex bits. Impact drivers, on the other hand, have a much more discerning locking collet that can only accommodate hex-shanked bits.

The impact drill, on the other hand, operates in a rotary fashion that makes the unit very similar to a cordless screwdriver–that is until there is a need for more power, in which case, a special mechanism is engaged, allowing it to generate more force. Compared to a hammer drill, an impact drill is typically designed without a force-controlling clutch. 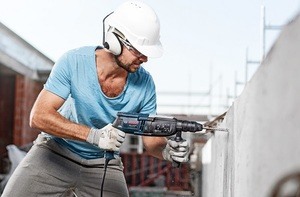 When to Invest in a Hammer Drill and an Impact Drill

Most of the time, a dependable traditional power drill can get things done. But sometimes, in doing tough jobs, things happen: drill bits get broken, screws get jammed, and screwheads get stripped, among other things. It is for these tough projects that hammer drills and impact drills serve their purpose.

Hammer drills and impact drills are generally two different power tools. A hammer drill varies from an impact drill when it comes to use, appearance, manner of operation, weight, price, etc. While an impact drill maybe the more practical choice for most DIY home improvement projects. For applications that would require much more force, however, a hammer maybe the only way to go.