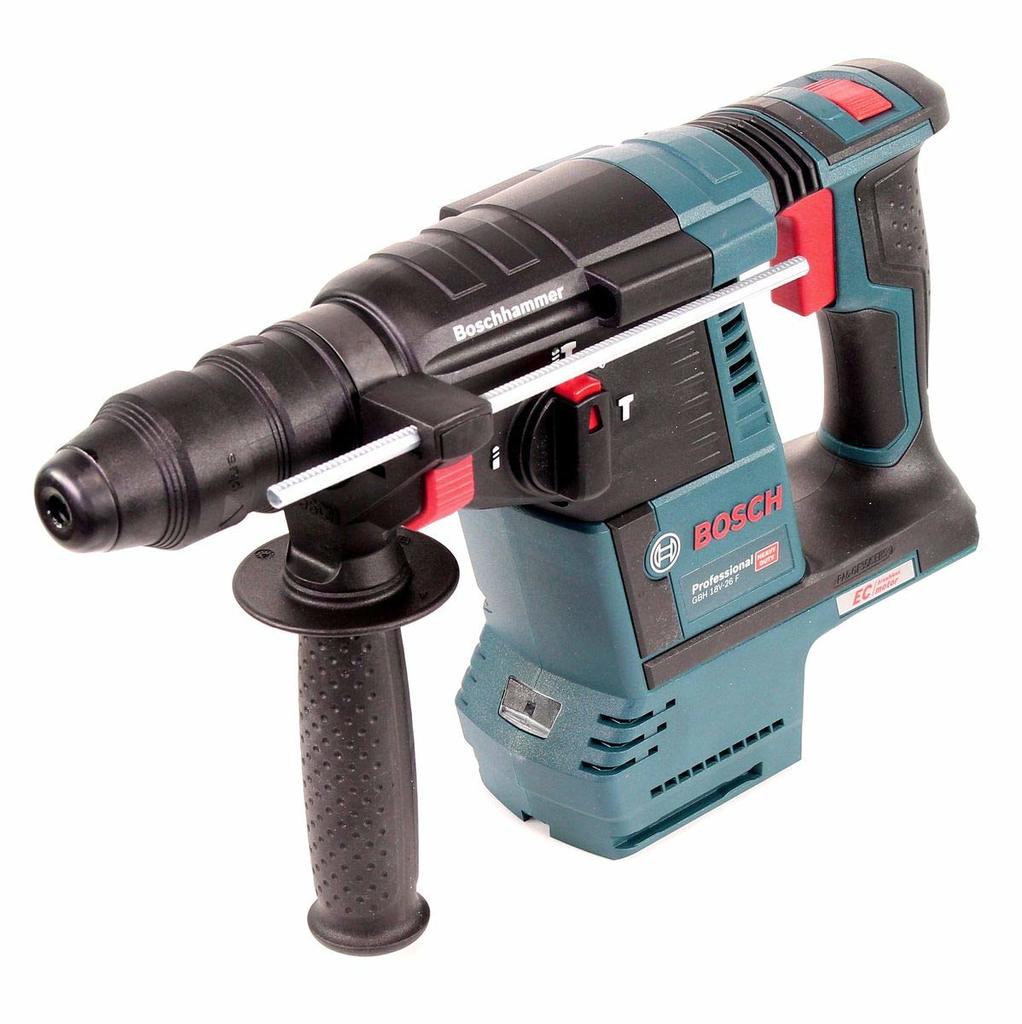 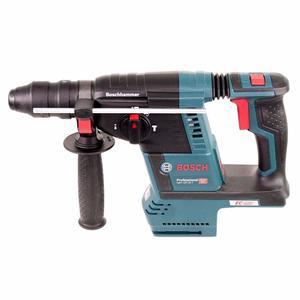 Bosch is among the most recognizable names in the professional power tools market. The company is an industry leader when it comes to manufacturing top-quality concrete tools designed for professional use.

The legendary Bulldog SDS+ rotary hammer is arguably Bosch’s most recognizable product–with the Bulldog being used by construction professionals everywhere, on job sites all across the world. Building on their signature tool, Bosch has finally released a cordless version of their Bulldog rotary hammer. Let’s take a closer look into the Bosch GBH18V-26D Bulldog Rotary Hammer. 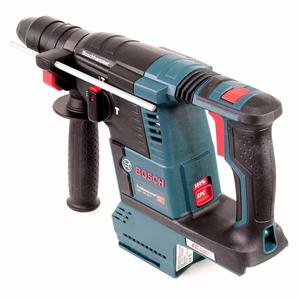 Bosch GBH18V-26D Bulldog Rotary Hammer is proof that good things come to those who wait. This new Bosch Bulldog is a 1- inch, 5.8 pound, rotary hammer unit is built to bring the Bulldog’s iconic corded performance to its new cordless platform.

If you have prior experience with corded Bulldog models, then you will be right at home with the general operation and features of this cordless model. It is important to understand, however, that the Cordless Bulldog rotary hammer isn’t exactly a 1:1 swap to its corded predecessor. There are very specific differences in the specifications–the impact energy is down by 0.1 to 1.9 ft-lbs; the no-load speed drops from 1300 RPM to 890 RPM; the blow rate maxes out at 4350 BPM, down from 5800 BPM. 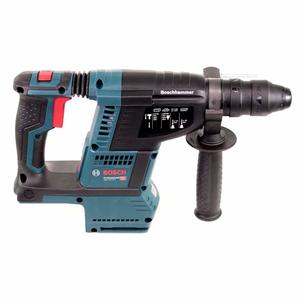 Despite these slightly lower specs, Bosch’s internal testing on a 1/2-inch hole points out that that this new cordless Bulldog is drilling 5% faster at 3 inches and 10% faster at 5 inches of depth than its corded counterpart. This is mainly because the Bulldog Rotary Hammer Drill is powered by an EC-Brushless Motor that utilizes electronic controls to maximize efficiency, performance, and overall runtime. 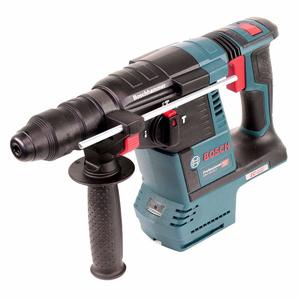 The Bosch GBH18V-26D Bulldog Rotary Hammer is equipped with a variable speed trigger that maximizes user control. The unit’s variable speed mechanism in conjunction with an elongated D-handle design inspires comfort and maneuverability when using the tool. Bosch goes with the more.

Outside of its raw power, one of the most notable features of the Cordless Bulldog Rotary Hammer is the kickback control that minimizes the risk of user injury. Let’s say, for example, that you hit rebar or some other material that causes the tool to spin out of control, the Bulldog will automatically shut down–saving your arm, elbow, shoulder and the tool from unnecessary damage.

Construction professionals understand just how strong OSHA is pushing for the new silica dust guidelines. As such, Bosch has addressed this matter with the release of their new GDE18V-26D battery powered dust extraction unit. This is an integrated dust collector which quickly attaches to the Bulldog, as well as other Bosch SDS Plus models. A formidable solution for an OSHA compliant setup, this dust collection unit allows users to work completely untethered to cords and hoses.

The Bosch GBH18V-26D Bulldog Rotary Hammer is priced at around $299. This gets you the tool itself, a 4Ah Core Battery, and a charger. For professional use, the Bosch Cordless Bulldog is easily a worthy investment. Particularly impressive is the overall dynamics of the Cordless Bulldog with a very balanced weight distribution throughout the tool. Even with the Core 8.0 Ah battery, the Cordless Bulldog is still light enough for comfortable use–keeping only enough weight minimize excess vibrations.

There is a reason why Bocsh’s Bulldog tools are considered an industry standard. There is no doubt that the Bosch GBH18V-26D Bulldog Rotary Hammer is a classic Bosch when it comes to creating the ultimate rotary hammer workhorse–combining impressive specs, well-rounded performance, raw power on tap, professional-grade reliability, and an overall great value.